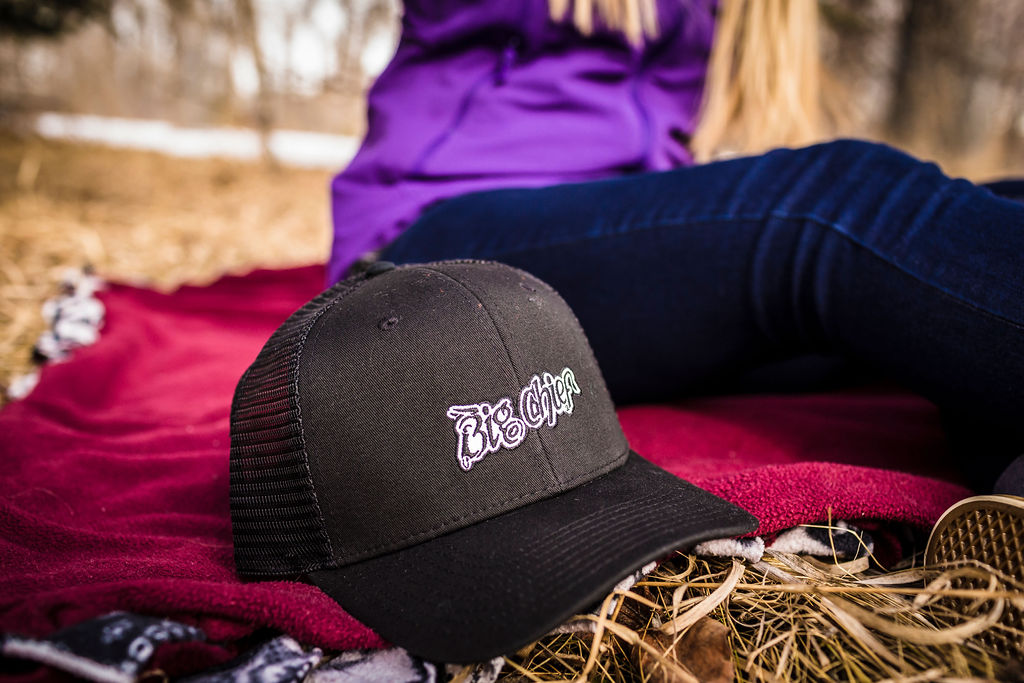 Here at Big Chief Meat Snacks we value the importance of community. We’ve always sourced our beef from Canadian producers, but we’ve never really taken the time to get to know them. When we found out Bruce Farms near Strathmore, Alberta [around 30 minutes from our facility in Calgary] was one of the producers we get our cuts from we asked if we could come by and learn a bit more about their family business.

How long have you been running Bruce Farms Feed Lot?

Jeff: Bruce Farms has been in operation since 1963… and is a family run business, kind of handed off from our parents… who were raised in the area on small farms. They started their farming career in ’63 with crops and livestock production and we grew up doing it along with them” 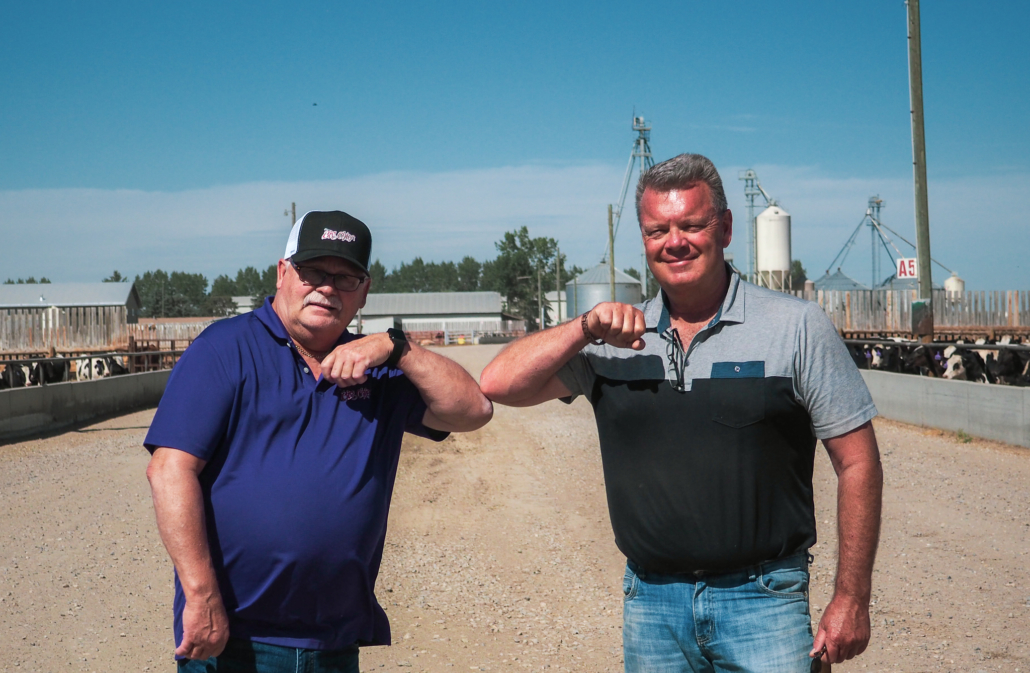 How many head of cattle is there on Bruce Farms?

Jeff: This feed lot is designed for around 14,000 head and that would be full right to capacity which doesn’t happen that often. You’ve got cattle in various stages of production and you’re shipping some cattle and maybe there isn’t some coming in right away, so you try and average around 75% – 80% of that.

Are all your cattle sold locally / within Canada?

Jeff: Yup! A lot of the cattle now go to Harmony Beef. Other than rare occasions cattle will go to Cargill, Harmony or JBS.

What procedures are in place to ensure you’re producing top quality beef?

Jeff: I think it’s a recipe that is fairly simple. We like to start by purchasing good quality cattle from good producers, so we monitor that regularly. We keep health records of all the cattle, maintain their feeding records, and examine the information that’s provided by that. Same on the feed side. We produce a lot of feed ourselves on the farm, Bruce Farms is a large grain farm, but we also buy feed grains from across the prairies. The feed grain is very commoditized, so you’re buying a certain standard and checking it periodically when it comes in, but the quality doesn’t vary much within an area. You might have a higher variance in moisture but really that won’t affect the performance of the cattle as long as you’re keeping it within certain parameters. We’ve also hired outside people to help us monitor the nutrition of the cattle. So, they’re designing rations that provide the cattle with all the nutrients they need on a daily basis to maintain themselves and help them grow efficiently for us. On the health side of the cattle all the treatment and cattle handling protocols are overseen by a group of veterinarians that specialize in feedlot cattle production.  We’ve been doing this a long time, I [Jeff] live here and we’re all pretty hands on, not that we’re out there doing the day to day work but, it’s “the footsteps of the owner” and I’m sure you guys have seen that in your business as well.

Alberta Beef is considered some of the best in Canada, what is it about Cattle from Alberta that makes it such high quality?

Jeff: Well, it might depend on who you talk to in Canada on that, but I think there are lots of things that help sell that image and back it up. It’s the climate, and the quality of cattle that producers produce here and the access to the quality feed grains and pastures that we have in Alberta. Our climate is favourable to raising cattle both ranch level and feedlot production and because of this we’ve been able to attract top individuals and companies and families, and most have made great career in the cattle business in Alberta for lots of those reasons. 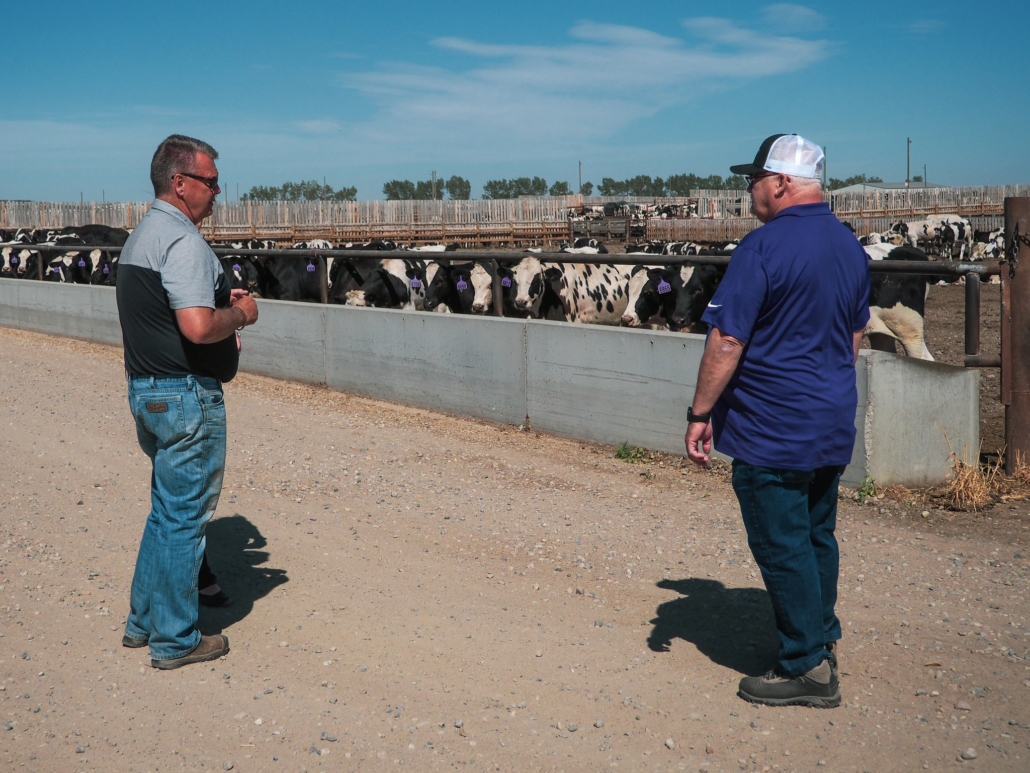 How to you feel about having the cattle you produce here being utilized locally at Big Chief Meat Snacks Inc?

Jeff: One of the things that we do struggle with in Alberta even though we’ve been very good in production, and I would expand this to Canada as a whole, is at times we do struggle with finding markets to really achieve good value for those animals because we’re a long ways away from the big markets. Companies such as yourselves are really going to be big part of what keeps the industry moving forward because more of that product gets used domestically without having to access markets outside of Canada. The bottom line is the more product that we can value add to here in the province or Canada, it’s just better for everybody.

Big Chief: Exactly, and for us it’s important to know where our meat is coming from and to be able to say we source our meat locally.

Jeff: Really the best market is here, that’s the one you don’t want to take for granted.

It was great to sit down and learn a bit more about their operation at Bruce Farms and helped us better connect to our community. It’s always nice to know where your food comes from but it’s even better when you can take a short drive outside the city and see for yourself.